A Brief History of Aromatherapy

Essential oils and their use throughout time

The use of aromatic oils has a long and honored history.  While the beginnings of their use is sketchy, and no one can say with certainty when or where aromatics were first used, experts believe that their use pre-dated that of herbs. 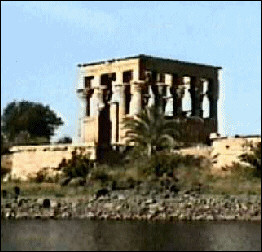 Throughout world history, fragrant oils and spices have played a prominent role in everyday life.  One of the Dead Sea Scrolls, on display in Israel at the Shrine of the Book Museum, contains this intriguing phrase: “and he will know his children by their scent.”

By the time Joseph was sold into slavery in Egypt (Gen. 37:25ff), the use of aromatic oils had been long-established, and established trade routes facilitated the movement of aromatic substances from one place to another.

The Egyptians may have been the first to discover the potential of fragrance.  They created various aromatic blends, both for personal use and for ceremonies performed in the temples and pyramids.

The Egyptians were masters in using essential oils and other aromatics in the embalming process.  Historical records indicate that one of the founders of “pharaonic” health practices was the architect Imhotep, who was the Grand Vizier of King Djoser (2780 – 2720 B.C.).  Imhotep is often given credit for ushering in the use of oils, herbs and aromatic plants for health purposes.

Hieroglyphics on the walls of Egyptian temples depict the blending of oils and describe hundreds of oil recipes.  A sacred room in the Temple of Isis, on the island of Philae, depicts the “Cleansing the Flesh and Blood of Evil Deities”, an emotional clearing ritual that required three days of cleansing, using essential oils.

An ancient papyrus found in the Temple of Edfu contained wellness formulas and perfume recipes, used by alchemists and high priests, in blending aromatic substances for rituals.

Oils used in the temples were commonly poured into evaporation dishes for fragrancing the chambers associated with sacred rituals and religious rites.

Well before the time of Christ, the ancient Egyptians collected essential oils and placed them in alabaster vessels.  These vessels were specially carved and shaped for housing scented oils.

In 1922, when King Tutankhamen’s tomb was opened, some 50 alabaster jars designed to hold 350 liters of oils were discovered.  While tomb robbers had stolen nearly all of the precious oils, some of the jars still contained oil traces.  The robbers chose oils over a literal king’s ransom in glittering gold, showing how valuable fragrant essential oils were to this ancient civilization.

In 1817, the Ebers Papyrus, a wellness scroll over 870 feet long, was discovered.  Dating back to 1500 B.C., the scroll included over 800 different herbal preparations to support health and wellness.  Other scrolls described their effectiveness.  Many mixtures contained myrrh and honey.  Myrrh is still recognized for its powerful cleansing properties, especially for the mouth and throat, and its ability to smooth the skin and promote a smooth, youthful-looking complexion.  Myrrh was also used for embalming.

Perhaps the people of ancient times had a greater understanding of essential oils than we have today.

Aromatics used in cosmetics in Egypt

Many ancient cosmetic formulas were created from a base of goat fat.  Ancient Egyptians formulated eyeliners, eye-shadows and other cosmetics this way.  They also stained their hair and nails with a variety of ointments and perfumes.  They probably used the same aromatic oils that were used in the temples.

Essential oils in the Hellenistic and Roman world

The health workers of Ionia, Attia, and Crete (ancient civilizations based in the Mediterranean Sea) came to the cities of the Nile to increase their knowledge.  At this time, the school of Cos was founded and was attended by Hippocrates (460 to 377 B.C.).

The Romans purified their temples and political buildings by diffusing essential oils.  They also used aromatics in their steam baths, to both invigorate the flesh, support healthy immune function and protect against seasonal and environmental threats.

The 12th century mystic, Hildegard of Bingen, used herbs and oils extensively for health and wellness.  This Benedictine nun founded her own convent, and was the author of numerous works.  Her book, Physica, has more than 200 chapters on plants and their uses for supporting overall health and well-being.

After conquering Jerusalem, one of the things the Crusaders brought back to Europe was solidified essence of roses.

Napoleon is reported to have liked a cologne water made of neroli, and other ingredients, so much that he ordered 162 bottles of it.

The re-introduction of essential oils to the western world

Essential oils were reintroduced into modern health care during the late 19th and early 20th centuries.

During World War I, the use of aromatic essences in civilian and military hospitals became widespread.  One physician in France, Dr. Moncière, used essential oils extensively for their cleansing and restorative properties, and developed several kinds of aromatic ointments.

René-Maurice Gattefossé, Ph.D., a French cosmetic chemist, is widely regarded as the father of aromatherapy.  He and a group of scientists began studying essential oils in 1907.

Aromatherapy (per se) is born

In his 1937 book, Aromathérapie, Dr. Gattefossé told the real story of his now-famous experience with lavender essential oil.  Dr. Gattefossé said that, “just one rinse with lavender essence” soothed his skin irritation, and helped his skin to recover quickly.  (The tale has assumed mythic proportions in essential oil literature.)  While the event did not start him on the road to essential oil research (he was already studying the oils), his own words about this accident are even more powerful than what has been told over the years.

Robert B. Tisserand, editor of The International Journal of Aromatherapy, searched for Dr. Gattefossé’s book for 20 years.  A copy was located, and Tisserand edited the 1995 reprint.  Tisserand referred to Dr. Gattefossé’s experience with lavender, and noted how powerful the effect must have been.

Dr. Gattefossé shared his studies with his colleague and friend, Jean Valnet, a doctor who was then practicing in Paris.  During World War II, Dr. Valnet went to China, where he served as a physician in Tonkin.  Needing a way to cleanse and purify battlefield injuries, Dr. Valnet began using therapeutic-grade essential oils on those in his care.  To his surprise, the oil exerted a powerful effect in cleansing and protecting against environmental threats.  He felt that he was able to improve the outcome for many of these people.

Because of the work of these doctors and scientists, the health potential of essential oils is again coming to public awareness.

Ancient cultures found that aromatic essences — or essential oils — could be extracted from the plant by a variety of methods.

One of the oldest and crudest forms of extraction was known as enfleurage.  Raw plant material (usually stems, foliage, bark or roots) was crushed and mixed with olive oil or animal fat, although other vegetable oils were also used.  In the case of cedar, for example, the bark was stripped from the trunk and branches, ground into a powder, soaked with olive oil and placed in a wool cloth.  The cloth was then heated.  The heat pulled the essential oil out of the bark particles into the olive oil, and the wool was pressed to extract the essential oil.  Sandalwood oil was also extracted in this fashion.

Enfleurage was also used to extract essential oils from flower petals.  (In fact, the literal meaning of the French word “enfleurage” is “to saturate with the perfume of flowers”.)  For example, petals from roses or jasmine were placed in goose or goat fat.  The aromatic molecules were pulled from the the petals into the fat, which was then processed to separate out the essential oils.  This ancient technique was among the most primitive forms of essential oil extraction.

Other extraction techniques were also used.  Some of these included:

The distillation of essential oils

The Arabians were another ancient culture that made regular use of aromatics.  We owe to them the development and refining of the process of distillation.  They perfected the extraction of rose oils and rose water, which were popular in the Middle East during the Byzantine Empire (330 A.D. – 1400 A.D.).