Creating music with the application of the oils

Reprinted from The Raindrop Messenger, a free eLine newsletter, with permission from Dr. David Stewart.

Question.  Which is best?

I could answer with a question: “What do you want?

However, I will give you a detailed technical and scientific answer; but first we need some background in music theory.

Essential oils are like notes played by an instrument.  The pitch is a term referring to what note we hear on the musical scale.  In the western world, we break an octave of pitches into 12 tones: A, A#, B, C, C#, D, D#, E, F, F#, G & G#.  Playing all twelve of these notes sequentially is the “Chromatic Scale” of Western Music.  (Note: It will help if you read this and the following paragraphs with a piano or keyboard in front of you, in order to visualize the octaves and notes to which we will be referring, and to see where harmonics come from.) 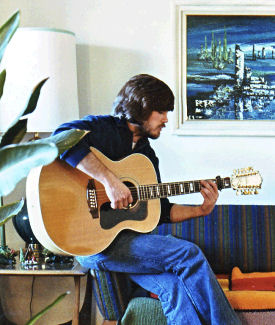 See also, Frequency and Its Importance to an Essential Oil’s Therapeutic Action

An octave is a pair of pitches, where the higher one is double the frequency of the lower one.  In the ancient Pythagorean Scale, Middle C is a frequency of 256 cycles per second, or 256 Hz (Hertz).  An octave above would be a C of 512 Hz and an octave below would be a C of 128 Hz.  Below that would be a deep bass C at 64 Hz — two octaves below Middle C, and approaching the bottom limit of the human voice.

However, we don’t use the Pythagorean Scale any more in our music; but rather, we use the modern “Tempered Scale” with an International Standard Pitch of A above Middle C at 440 Hz.  This makes today’s middle C to be 261.626 Hz.  To explain the things that follow here, it is mathematically much simpler to use the middle C of Pythagoras to make our point, since 256 Hz for C is a nice integer number, and we can avoid decimals.  256 is a perfect square of the number 16.

C is the pitch we hear when the appropriate key or string is played on a piano, a violin or a trumpet, or when sung by a human voice.  But even though it is the same pitch, we can easily distinguish between a C played by a piano from one played on a violin or a trumpet or sung.  In fact, if five people all sang the same pitch, we could tell one singer from another.  How is that?

When a specific pitch or frequency is sounded by instrument or voice, there is actually a whole spectrum of frequencies produced.  We hear the lowest frequency as pitch, which is called the “fundamental”.  We hear all the higher pitches, too; but they don’t register with our ears as tones of identifiable pitch, but as “color”.  We can tell the sounds of different instruments or singers from one another because they each have different “colors” to their tones.  These higher vibrations are called “harmonics” or “overtones”.  The color rendered with the fundamental pitch, by the harmonics, is called “timbre”, which is pronounced “tom-burr”.

So, you can see that, when you sound a low C on a piano, two octaves below Middle C, you not only hear the fundamental of 64 Hz, but you also get at least 15 other higher frequencies, sounding simultaneously, in more than four octaves above.  The amplitudes of these harmonics are less than the amplitude of the fundamental, so that the pitch is not obscured; but we do hear the whole mix of 16 or more frequencies, and recognize the instrument immediately as being a piano, and not a tuba or a bassoon.

The unique, haunting and hollow sound of an oboe is because its tones have harmonics almost as loud as the fundamental.  But, that’s enough music theory to make my point with oils.

How do essential oils make music?

Essential oils all emit a spectrum of frequencies that come from the bonds between elements comprising the molecules of their compounds.  Each molecule is like a tiny stringed instrument, where the bonds between the atoms of carbon, hydrogen and oxygen act as strings of different pitches, just as a guitar or a harp has several strings of different pitches, each with harmonics and overtones of their own.

Back to the original question

The original question, at the start of this article, is: Which is Best?  Applying oils in layers, one at a time in a sequence, or applying several species, all at once, as blends or mixes.  And, how would you know which way to anoint yourself or another in any given instance?  The short answer to the question of “Best,” is that neither is best.  They are just different, and both ways can be the best, in the appropriate circumstances.

Think of oils as notes, with pitch, timbre & volume

Consider this: Think of each species of essential oil as vibrating like a musical note, sounded by a particular instrument.  It will have a fundamental, a basic frequency, or pitch.  At the same time, since it composed of hundreds of compounds, each with a spectrum of frequencies, there will hundreds of harmonics or overtones creating a timbre.  Some oils are like trumpets.  Some like violins.  Some like flutes or bassoons.  Some instruments are naturally loud, while some are naturally soft.

The amount of oil applied determines its amplitude or volume.  While some oils, like oregano or thyme, are naturally loud, can overpower other oils and require only a little to produce the desired volume.  Other oils, like myrrh, are naturally soft and play well with others, without drowning them out.  Myrrh is used to accompany many ointments and perfumes, without upstaging the other ingredients.

The multitude of frequencies within an essential oil, above its fundamental, are what gives a specific species its personality, its color and its timbre.  The spectrum of frequencies represents the many possibilities available through that particular oil, only some of which will manifest for a given application, depending on the need and the desire.

A specific species of oil will produce different therapeutic effects on different people, partly because different people have different chemistries of their own that react differently with a given oil.  But also, through quantum physics, we know that the determination of which possibility an oil will manifest for a certain person, in a certain application, is also determined by their intentions, their faith, their beliefs and their desires.  The intent of the person applying the oil is also a factor in picking out which of the many possibilities an oil will exhibit for a given outcome.  Of the many harmonic and overtone frequencies within an oil, and depending on the fundamental frequency, the possibilities that will manifest will be those that resonate with the intentions of the giver and the receiver of the anointing.

How the oils are applied determines the form of music that you create, just as how notes are played or combined, from all of the pitches and timbres available, determines the nature and style of the music that results.

You can see that applying one single oil after another is like playing notes in a sequence, which can be a melody, a trill, a scale or an arpeggio.  Applying two single oils together forms a musical interval, while applying a blend of three or more oils is playing a chord.  Applying single oils quickly, one after the other, would be a faster tempo than applying them slowly, with waiting intervals in between.

Melodies are more focused, like a fine tipped pen, but with a light touch, which appeals more directly to the heart, and would be more effective with needs that are restricted to a certain area in the body.  Melodic applications of oils usually imply the use of single species, one at a time or in layers.

Chords and harmonic intervals are more broad, like a wide tipped marker, with a heavier impact, which appeals more directly to the brain, and would be more effective with needs that affect larger, more general, areas of the body.  Polyphonic applications of oils imply the use of blends, with mixtures of species, applied all at once.

In emotional release work with essential oils, we use many single oils, applied one at a time, which can zero in on specific emotions, lodged in specific tissues, that need addressing.  These are oils like oregano or lavender.

But, we also apply blends during emotional releasing, which address one’s whole being and personality.  Blends bring strength, courage and integration to the process.  Emotionally beneficial blends can be oils like Balance, Citrus Bliss, Elevation, Immortelle, InTune®, PastTense®, Serenity or Whisper.

In a therapeutic application, for conditions that affect the whole body, or a major system of the body, we often use other blends, like On Guard® or Breathe.

While the above discussion is intellectually interesting, and stimulating to the left brain, it may not be at all practical or helpful, in the moment when making a decision on which oils to use, and how, for a person in need of assistance right now.  While intuition with oils works best, when one has acquired a certain level of intellectual information and knowledge about essential oils, during moments engaged in the actual practice of anointing, our left brains are usually not as useful as our right brains, and can even get in the way.

In the end, there is no substitute for an intuitive, right brain, prayerful approach to anointing with oils, in the support of health and wellness goals.  By approaching an anointing and the laying on of your hands in faith, with an attitude of humility, in the conviction that God is your ever-present guide, you can always know which oils to apply, and how to apply them.  God’s restoring power can come through us — and through the oils — better, sometimes, when the left brain is temporarily suspended and doesn’t stand in the way of an uninhibited flow His working.

Nevertheless, it is helpful to know that we do play music when we anoint ourselves or others with essential oils.  The music happens whether we know it or not, with the oils singing songs in harmony to our souls.  That is a fact.  An assortment of oils, whether considered separately or in a blend, is an ensemble of musical instruments, like an orchestra or a band.

When we apply a series of oils on someone, we are playing melodies, intervals and chords; thus creating a beautiful symphony that supports and balances the body, mind and soul.  Essential Oil Symphonies are experienced by both the receiver and the giver, but from different places in the Concert Hall — one from a seat in the auditorium, and the other on stage, in a chair with the orchestra.

So, the next time you apply essential oils on yourself or on others, think of it as composing and performing a rhapsody of the music of wellness, to which the body, mind and soul can respond, as you would in experiencing a fine concert.